“Don’t get me wrong, I love trees, but not in the street outside my house.The’re so messy with their leaves in the autumn.” 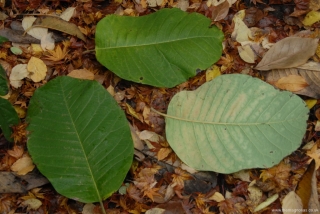 I heard this kind of statement on many occasions, from members of the public, when I worked in The London Borough of Havering, Council’s Parks Department. They have a point, but that mess is a fantastic resource for us keen gardeners.

Linda and I collect not only our own leaves from our paths and grass areas, but also from a few neighbours’ front gardens and the verges, pavements and road gutters near our house. We pick them up using a rotary mower which partially shreds the leaves speeding the formation of leaf-mould. 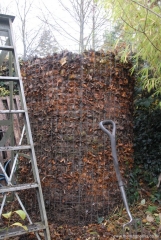 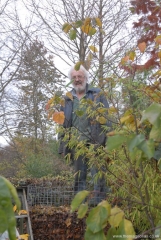 We have a weld-mesh tower six feet high (1.8m) by four feet diameter (1.2m). We fill this each autumn and empty it a year later. When a year has elapsed it has reduced in volume to around half the height of the tower.

We spread the majority of this precious material around our Epimediums and other woodland plants, and over our Heuchera and Japanese Maple bed. Any left is put in bags to be used later for improving the soil for new plantings of woodland plants.

Autumn colouring trees and shrubs has long been a particular enthusiasm of mine. 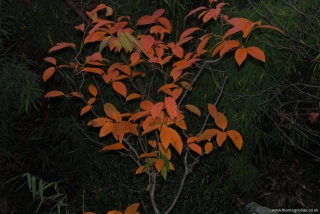 However our garden doesn’t produce as good a performance from many plants as I  have seen elsewhere. This is in part due, I think, to the soil. Ours is generally a good rich organic topsoil overlaying London Clay. Many subjects seem to be much more colourful in Autumn on poorer sandy soils. However some of our Japanese Maples are reliable, Acer palmatum ‘Osakazuki’ with its rich red and A.p. ‘Senga Kaku’ with bright yellow to orange. On the other hand our two Acer griseums  don’t produce the strong orange colours we’ve seen elsewhere and our large 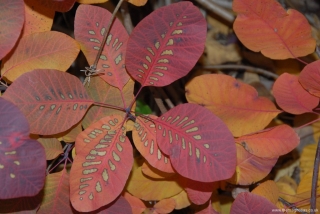 Acer rubrum ‘Scanlon, and Liquidambar styraciflua are a bit disappointing for the three dimensional spaces they occupy.

I have just posted a dozen or so new images of autumn colour in the ‘Shrubs Gallery’ many of which are off young Acer palmatum cultivars in pots.

By the way, having lost quite a few young Acer palmatums in pots left outside or in our unheated large greenhouse in winters past, I now always heel them in the ground over winter with no losses due to roots freezing. I think they become safer when they have grown large enough to be in a 3 gallon bucket sized pot and above. However ours is a sheltered garden in the South of England. It may be wise to protect sizable specimens in larger pots or tubs with bubble-wrap or fleece in winter time if severe weather is forecast. It is heart breaking to loose a maple of significant stature. 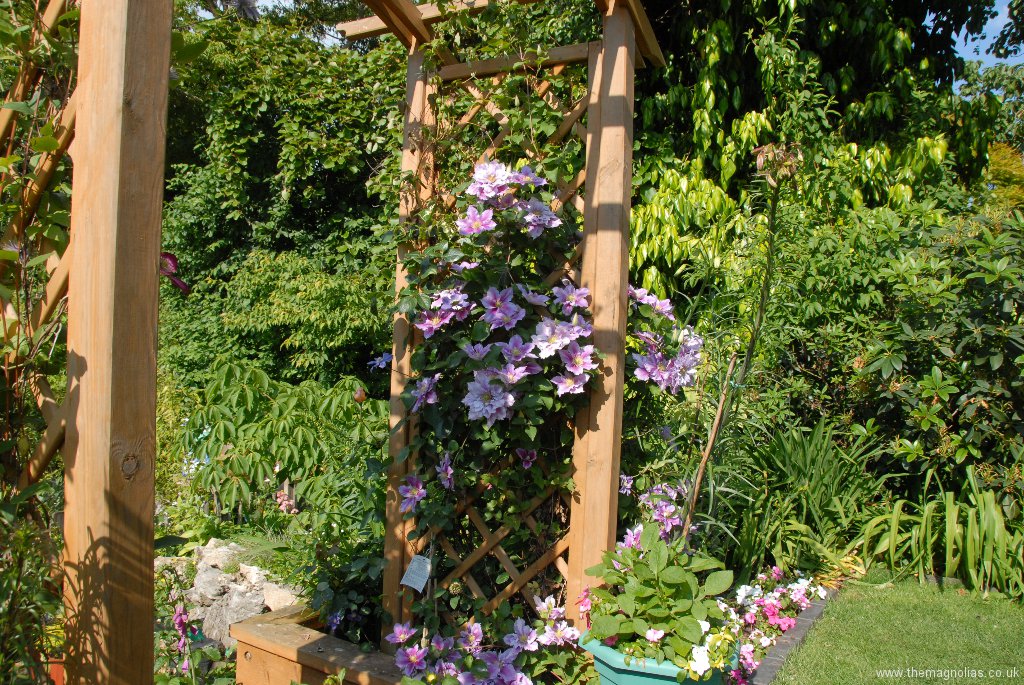 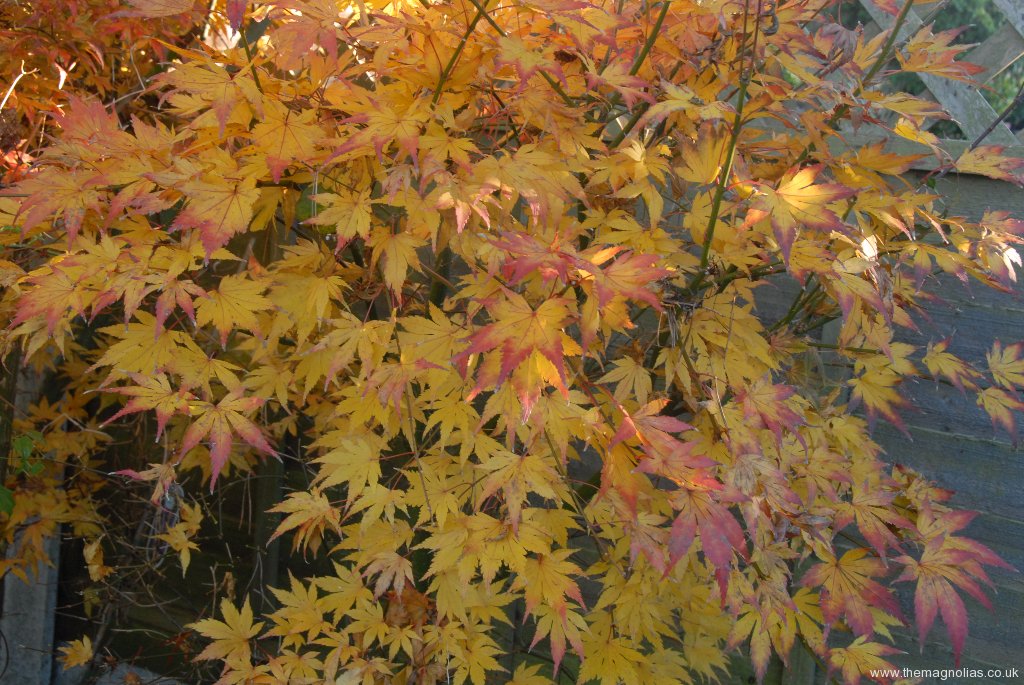 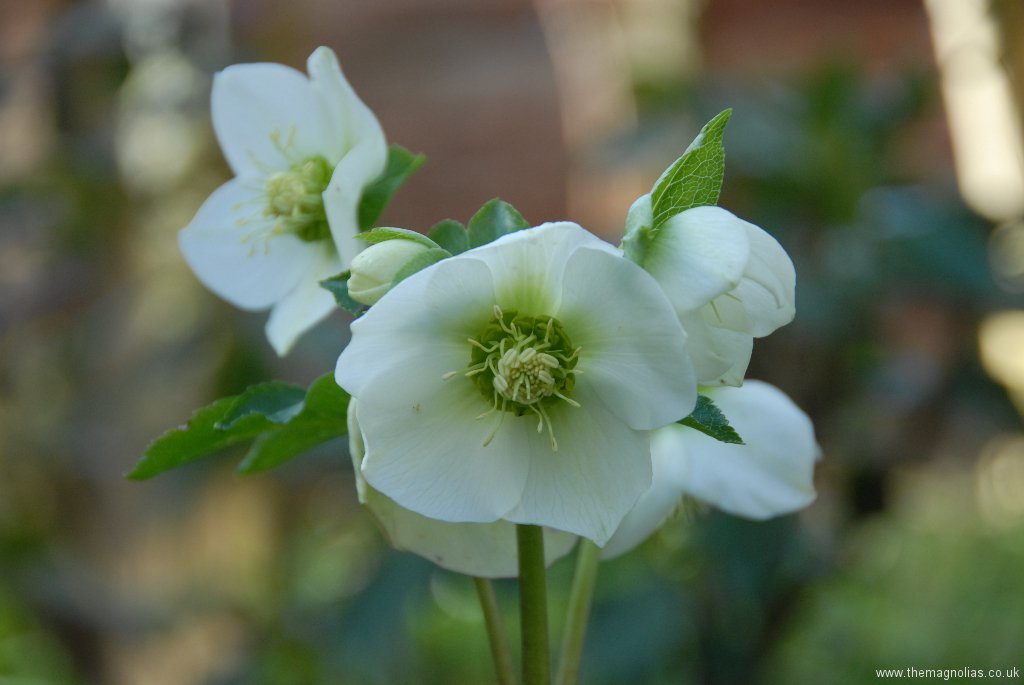 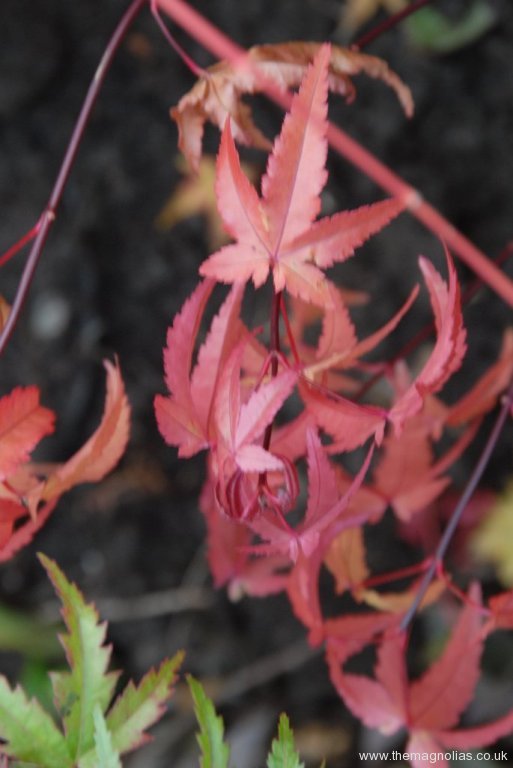 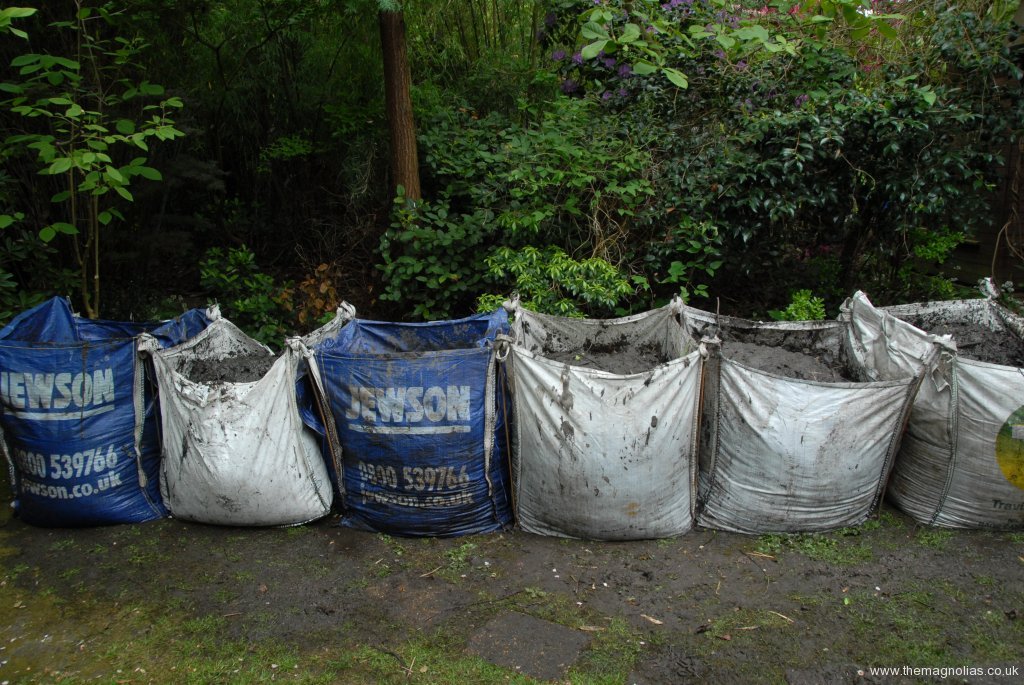 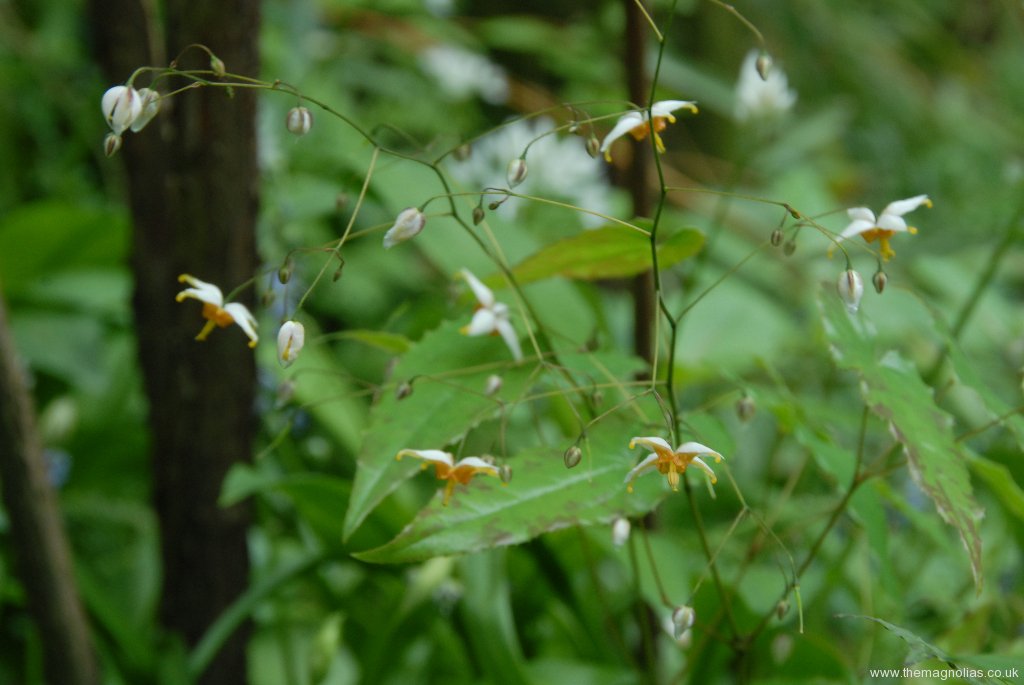 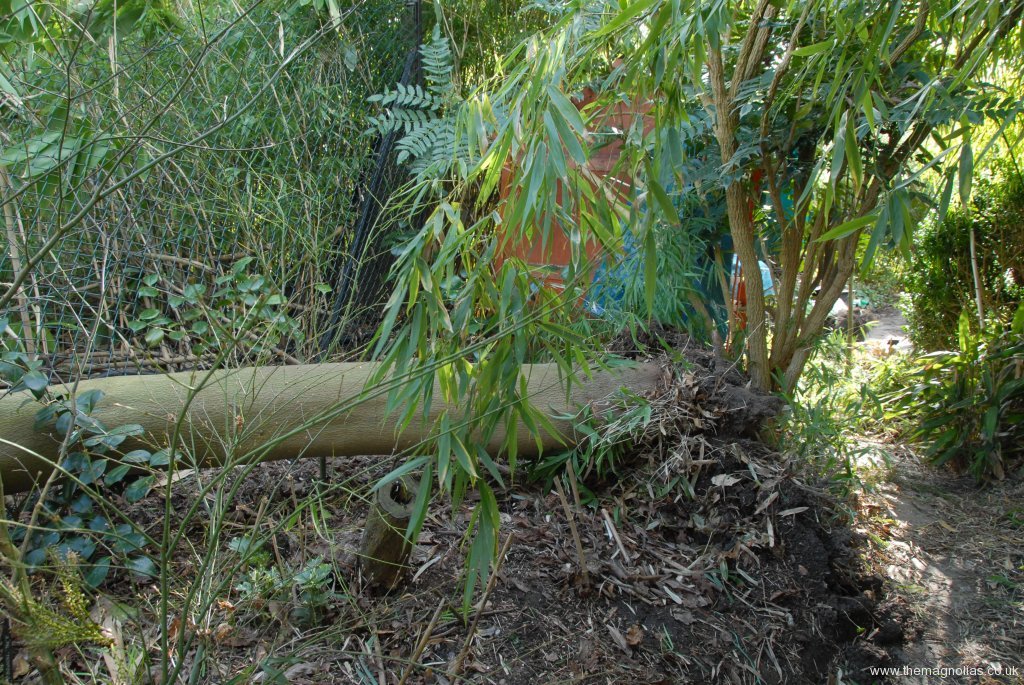 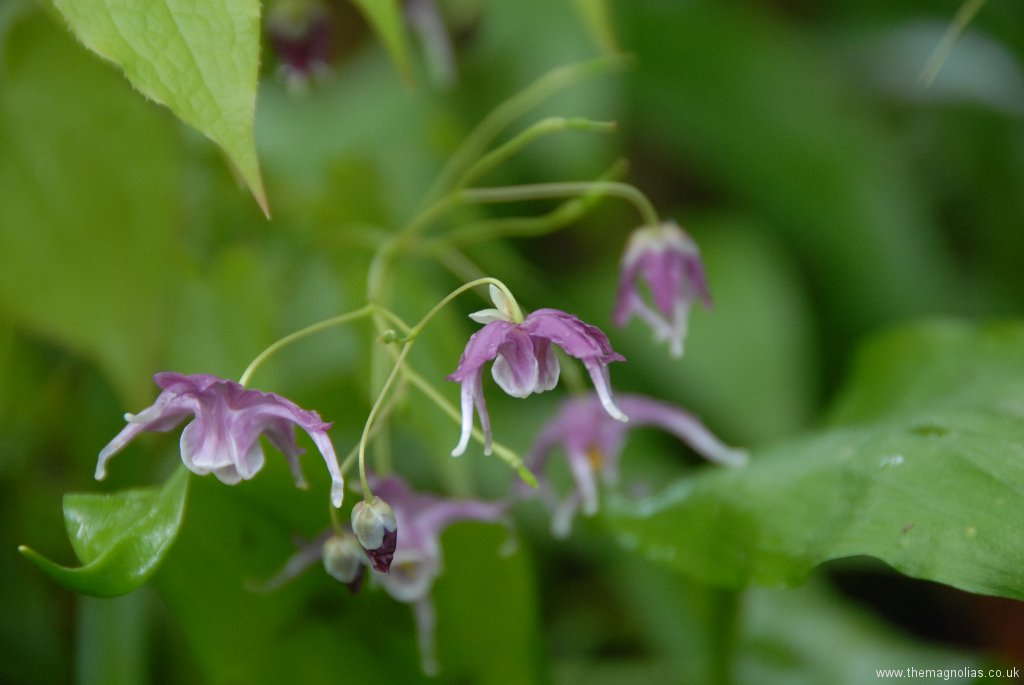 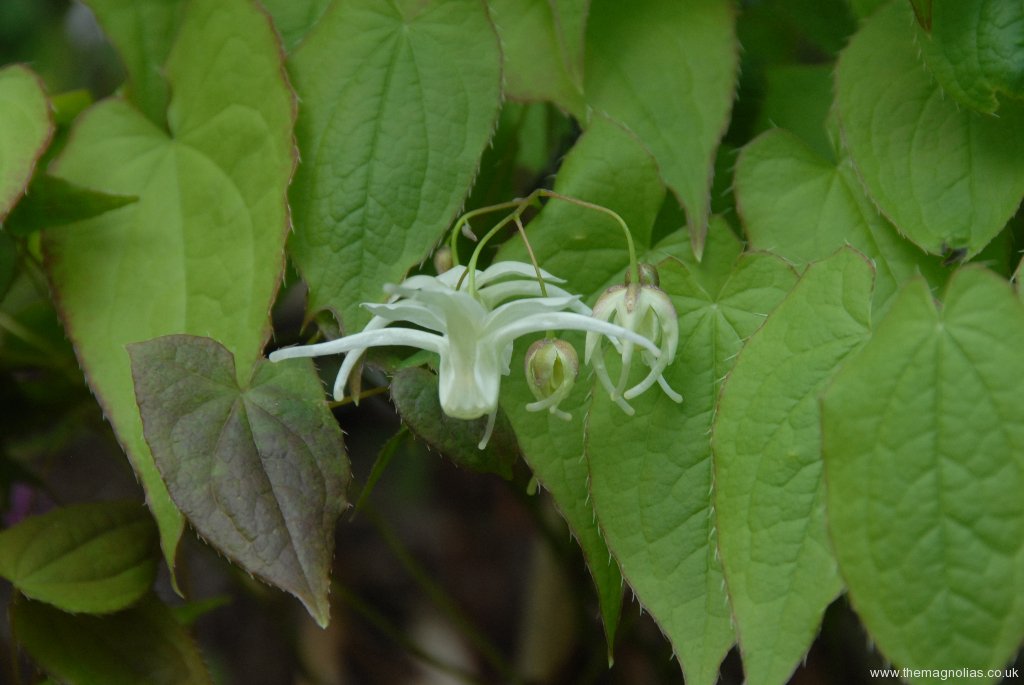 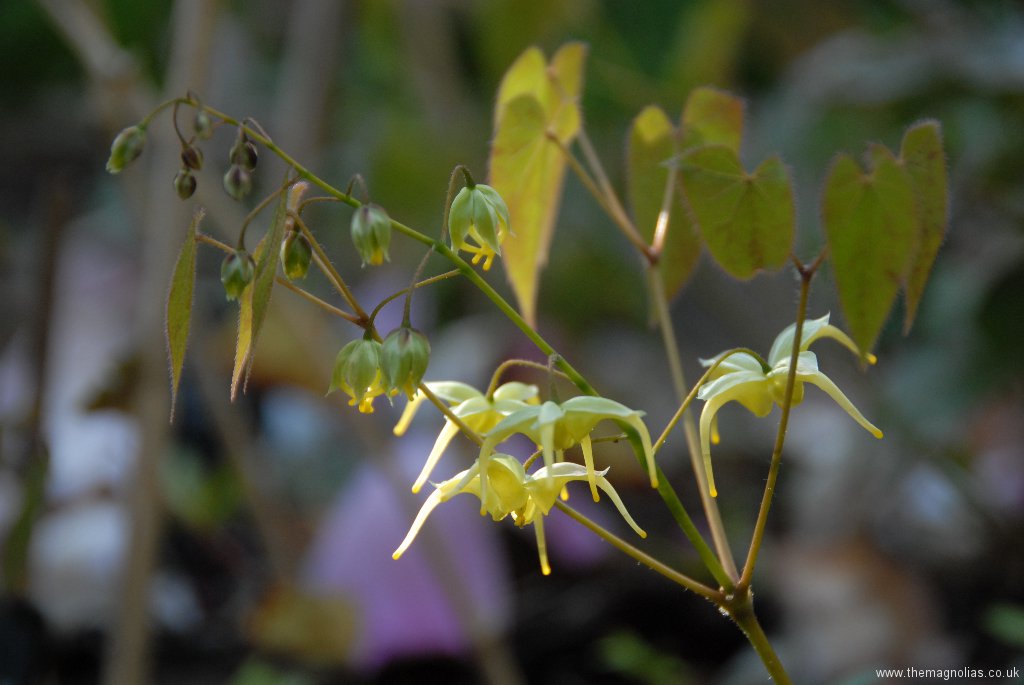