About a year ago we were given a small aluminium greenhouse by new neighbours who preferred it to go for safety reasons, having young children and because of future house extension plans. 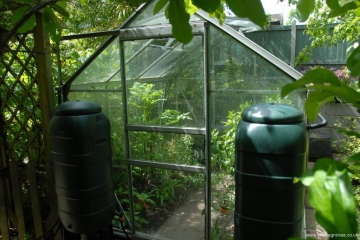 . We took it down, transported it to our garden and shoe-horned it into our newest piece of land. 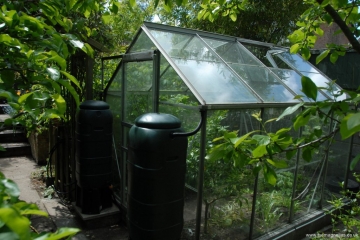 We planted it out with slightly more tender plants including our orange and lemon trees, begonias and Nerines.

However the biggest part of the experiment was to plant our potted Dahlia imperialis var. album in the ground, with a view of removing panes of glass when it grew too tall. 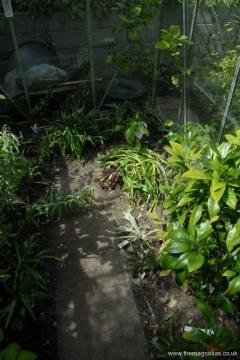 This was in the hopes it might flower a little earlier and escape the first hard frosts of winter which previously destroyed the display shortly before flowering. It had flowered once successfully when younger, when it wasn’t too tall for our highest greenhouse.

It grew rapidly in the spring, and the glass needed removing by the third week in May. It had been joined by the commoner pink form, bought at the Plant Heritage spring plant fair at Hyde Hall. I told the seller of our greenhouse idea, and he warned me it was likely to fail as the plant responds to day length and short of covering it with blackout material it would flower at the same time as without the greenhouse. 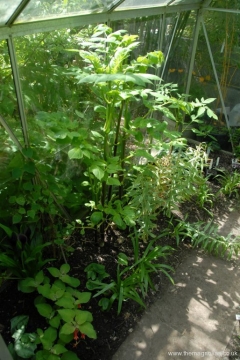 I suspected that he was correct but we went ahead with the experiment anyway.

The original white flowered plant grew four stems, whilst the new one grew one. All grew large producing dense canopies of leaves, to the detriment of all the other inhabitants of the greenhouse. 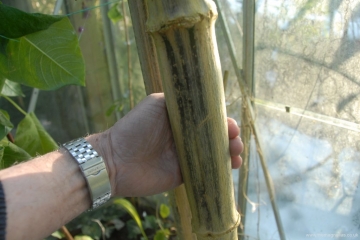 I constantly raised the canopy of Dahlia leaves to reduce the shading to help the other plants. In the autumn a storm snapped off the three smaller stems of the white flowered form and the single stem of the pink. 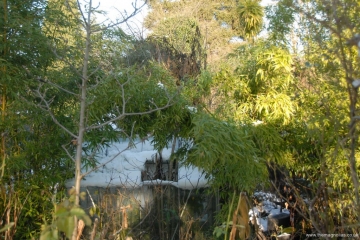 The effect is certainly tree like making the common name of “Tree Dahlia” quite apt, more so than the name “Tree Lilies” for the very tall lilies sold under this name currently. 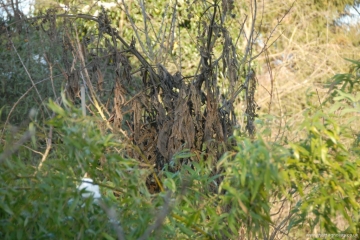 The buds were on the verge of opening when the current cold snap came. The result is total destruction of all foliage and flower buds. I have therefore cut it down to the ground and replaced the two panes of glass that had been removed in May.